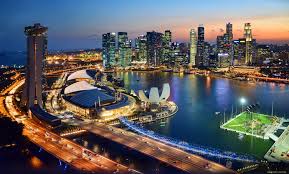 Landed in Singapore with a bump. Had a complete culture shock being back in civilisation after however long in developing countries. This place is unnaturally clean and organised. However we soon felt more at home when we checked into what has to be our worst accommodation yet. Singapore’s equivalent of Tower Hamlets full of down and outs, unpleasant aroma’s and bed bugs. The first thing I do here is visit their very posh state of the art post office to collect replacement credit cards and where better to test that they are working than Orchard Road. This is a very bad move as Orchard Road is a cross between Oxford Street, 5th Avenue and Rodeo Drive needless to say I made several purchases to add to my now 28kg load.

I eventually dragged myself away to have some goodbye beers with Lesley who is returning home for all that great weather we have been hearing about. ***Watch out everyone Chrissy is now at large in the world on her own!!!*** The next morning we say our farewells, I am very hung over and as a result I do not get very far! The plan was to get to Sumatra but I only manage Batam, another Indonesian island on the way. Here I treat myself to a luxury room with sky TV costing me an extravagant 3 pounds but well worth it. When I do eventually hit Sumatra my first stop in in a very pretty mountain town of Bukinniggi where I met a group of Indonesian teenagers who invite me to go camping with them so they could improve their English – til the early hours, I might add! I found it more tiring than relaxing. I also was asked to mark English presentations at the local school which was different. 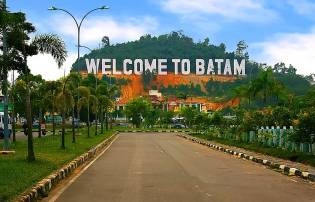 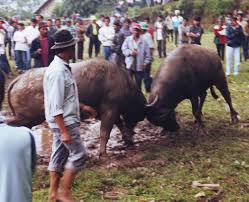 At the local bullfight I get a bit cocky and go and stand quite close to the two interlocked bulls that haven’t been up to much in the previous 5 minutes, unaware that one is about to bolt right in my direction. I do believe I became a contender for the worlds fastest runner in flip flops.

Sumatra is yet another place to add to my list of favourites. Again Stunning scenery and houses with roofs shaped like buffalo horns. In addition West Sumatra is a matrilineal society where all wealth is passed down the women’s line – the woman rules! At last a sensible society. But it is also a muslim society so bit of a contradiction there and not sure who really wears the trousers. 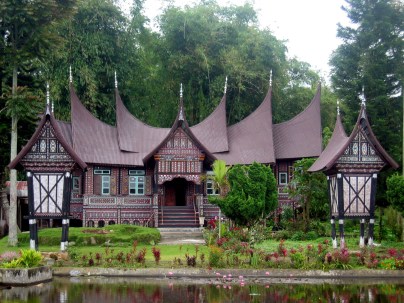 A 20 hour journey on a minibus with three winging English guys who I feel like killing was needless to say not the most pleasant journey but worth it to get to my next destination – Danau Toba. Lake Toba occupies the caldera of a giant volcano that collapsed on itself after a massive eruption over 100,000 years ago. Flooding of the subsequent crater produced the largest lake in SE Asia. In the middle of the bluey green expanse of H2O is Pulau Samosir, and island nearing Singapore in size. It is here that I rent a lakeside bungalow for about 80p a night and spend the next few days relaxing and recovering from the long journey. I hire a moped to explore the island planning to have a nice soak in the natural hot springs. This plan was abandoned after I painfully found out with my foot that the water was more a boiling temperature than hot! On the way back the heavans opened for the daily afternoon monsoon. I stop in a small village for shelter and ended up inviting myself to play dominos with four local farmers. 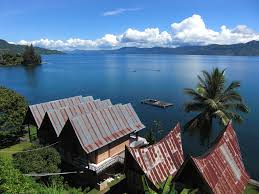 Eventually I leave the tranquility of the lake to travel up to the small village of Bukit Lawang, situated on the fast flowing Sungai Bohorok river and on the edge of the Gunner Lesser Jungle. Here is home to the dwindling number of Orangutan’s which were amazing to see up close and quite similar to the homo sapien (well at least a few of the one’s I know). While walking through the jungle I also saw close up a lot of monkeys but I have learn’t my lesson with monkeys and this time did not stick around to allow them to attack me.

After a couple of days here I head to the stifling capital of Medan, stopping just long enough to get a ferry outta there to Penang, Malaysia. I will miss Sumatra, especially the prices. While England is having a fuel price crisis, a minibus can be filled with fuel in Sumatra for around a pound – outrageous behaviour! Accommodation as cheap as 50p a night (for double room), meals for 50p, do I need to go on?

Unfortunately, Malaysia, being quite developed, is a tad more expensive. In Georgetown, I stayed in the Little India part of town where you can find the best Tandoori chicken – yes, my days of vegetarianism have come to an abrupt halt! 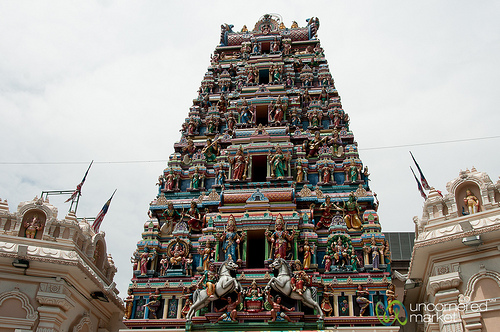 A colorful Hindu Temple on the streets of Kuala Lumpur, Malaysia.

After the sights of Penang I hop on a bus to Cameron Highlands, as the name suggests a mountainous area where I stay in what has to be the maddest hostel around. Set up in the hill above the small town of Tanah Rata are several Anderson shelter look-a-likes left over from the British army. These have since been converted into a hostel where you find a selection of crazy characters. I arrive to find a party around a camp fire going on, the proprietor Bob, who was half cut, shows me and someone else around telling us several times that only happy people can stay and if we are not happy then he’d drive us back into town. We tell him it is fine but he won’t let us stay until he has shown us everything and introduced us to everyone which took over 10 minutes! One couple there came 20 months ago and have not yet left! Anyway after a very cold night I go trekking with a couple of guys who turn out to be just as pathetic as me at finding the start of the trek, not a hard feat when we had a clear map and it was only about a 5 minute walk from our accommodation! Eventually we found it and trekked for 4hrs working up an appetite which was satisfied by yet more delicious indian food in the next town. 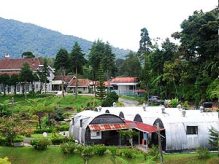 From the highlands I head to Kuala Lumpar (KL) which is another shoppers paradise and home tothe infamous twin towers (apparently the tallest buildings in the world). I didn’t hang around there long for fear of going shopping so left the next day for Melaka, Malaysia’s most historic city. I will stay here a few days before heading back to Singapore to catch a flightto Bali. There’s a new waterpark down the road so may try that out tomorrow. 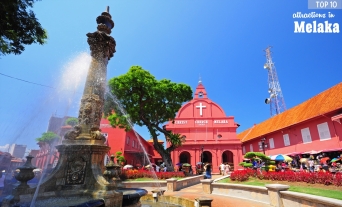 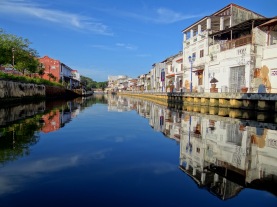 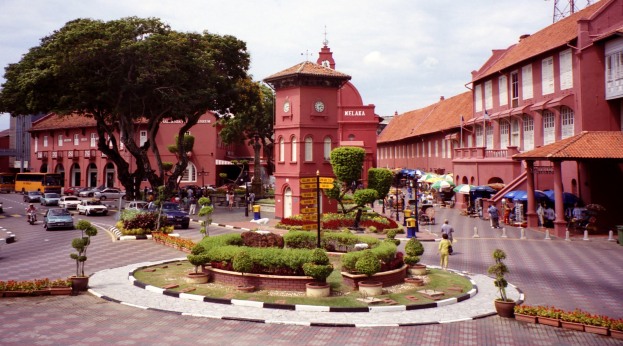