Zimbabwe to Capetown on an Overland Truck: February 2003

Yep, I’m still alive and well in Zimbabwe and for those wondering I’ve seen no sign of political unrest.  I think people here are more concerned with the rapidly deteriorating economy that has resulted in food and fuel shortages and insane inflation.  Queues for bread, milk, etc are a common sight and then rationed when you finally reach the end of it!  A four hour queue for petrol (if you can find it) is the norm and things are getting quite desperate for many.  This is the story for many and it makes me feel uncomfortable when I have not gone hungry but landed into the lap of luxury.

I have been staying with a really lovely Zimbabwean family who have adopted me and can’t do enough for me.  I have been living the life of a queen with a plate sized steak for breakfast! The neighbourhood they live in resembles Beverly Hills, very nice indeed and their large house is complete with maid and gardener.  I made the mistake of thinking the dogs were pets and went to stroke one but soon realised after he took a chunk out of my leg that they are in fact guard dogs!  I even have  my own personal chauffeur called William at my disposal to take me where my heart desires – which was straight to the poorer area’s of town to see how the majority live.

After Fedelis, the head of the family who works for Barclays Bank sorted me out with some black market money (an exchange rate of $1000 Zim dollars to $1 US, compared to a bank rate of $50 Zim to $1 US), I hit the streets of Harare with his daughter Vari to hunt out some bargains.  It wasn’t long before I got back into the swing of bartering and was procuring some heafty discounts, paying 40%  of the asking price.  The locals were asking Vari where I had learnt to bargain so well and were impressed.  I then got a bit of a guilt complex, realising that these people depend on tourism which is sparse at the moment and needed the money to buy food so got far too carried away trying to give everyone a bit of business at fairer prices and ended up adding an extra 17KG to my already heavy load!  I could open a shop with the amount of stuff I have bought and this is just the start of my trip!

A day of shopping and touring the local attractions such as the Balancing Rocks was followed by a day out of town at a game park and what a great day it was.  I was the only tourist there which, while fantastic for me, was quite bad for the tourism trade.  Due to the troubles in Zimbabwe tourists have been warned to stay away – obviously that doesn’t stop me though.  We managed to get up close to many wild animals that you could only see in Zoo’s in the UK.  Such a wide assortment. My finger was a bit too trigger happy and I was shooting film like it was going out of fashion.  Opening my window to get a better shot was probably not the brightest of idea’s but actually getting out of the truck was pure stupid but I got some great photos!  While at the park I met Tommy the 300 year old massive tortoise with a sign on his back that read: ‘Please do not sit on me or kick me’ – Poor sod!  He took quite a shine to me and I’ve never seen one as huge of him move quite so fast!  I also got to play with lion cubs who’s claws are decidedly sharper than the average domestic feline.  Funny how something that looks so cute can hurt someone so much! 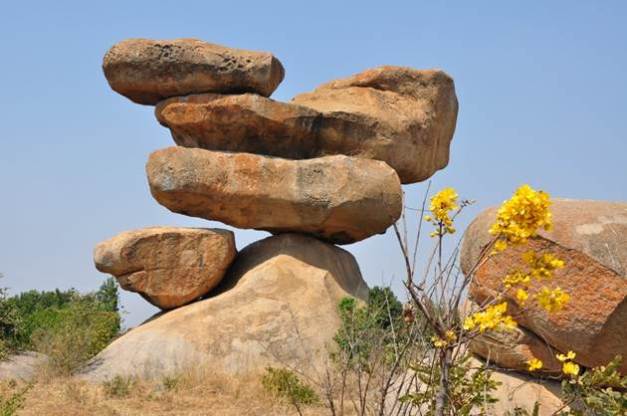 While I was in Harare I was shown around the main sites of the town including Bob’s residence (Mugabe) and Zanu HQ.  I won’t tell you that I took a picture with my SLR camera and big zoom lens, unaware I had a fake press pass in my filofax which was in my bag (I had this made for about 50p when in Thailand as thought I could blag my way into gigs for free!  While fake it looked pretty genuine and in view of the fact British journo’s are currently banned from the country, it’s probably not the smartest of moves!).   I kept abreast of the news and current affairs which not suprisingly were heavily concentrated around politics.  It was very interesting to say the least to see how the news here paints a completely different picture to the situation painted in the press back home.  Apparantly, Tony Blair is heading the opposition MDC party and is attempting to revert Zimbabwe back to British rule!  Don’t you just love propaganda.  My view is that Blair is probably not interested in helping the African nations as England has already raped these countries of their natural resources and is more interested in the oil producing nations as that’s where the money is at. That is just my sceptical opinion and I am not an expert in these matters so I should probably keep my unfounded views to myself.

During my stay with the Mubaiwa family, I was introduced to traditional Zimbabwean fayre of Sudza, a chicken dish and a dish resembling spinich that’s mixed with peanut butter.  This is all eaten with the hands.  I have also learnt of a new way to drink red wine by adding coke.  At first I was horrified at the idea of watering down good wine but not shy of trying out new things I took a massive swig and it seemed to go down fine.  Fedelis tried to convince me that the drink has portuguese origins but I was dubious and thought that he’d been pre-warned about me and  vino thus it was a ploy to water it down!

This morning I bid my farewells to my new found family and their lovely home and boarded a plane for Vic Falls to slum it.  Harare was hot but Vic Falls on arrival was swealtering, well at least for the first hour before the heavens decided to open, and open they did.  Rain fell heavily from the sky, and fell and fell and is still falling – It’s like being in England!  Now, I know it’s monsoon season and rain is much needed but it’s interfering with my plans to get a tan! 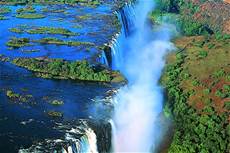 I am now sat awaiting the arrival of the truck which will be my home for the next 3 weeks and on board should be my kiwi friend who is unaware I am here to meet her – poor girl!  So I guess the night ahead will consist of sampling lots of the local beers and catching up.  In fact the bus has just got in which is great timing so it’s time for you to wake up now ‘cos I’m outta here.